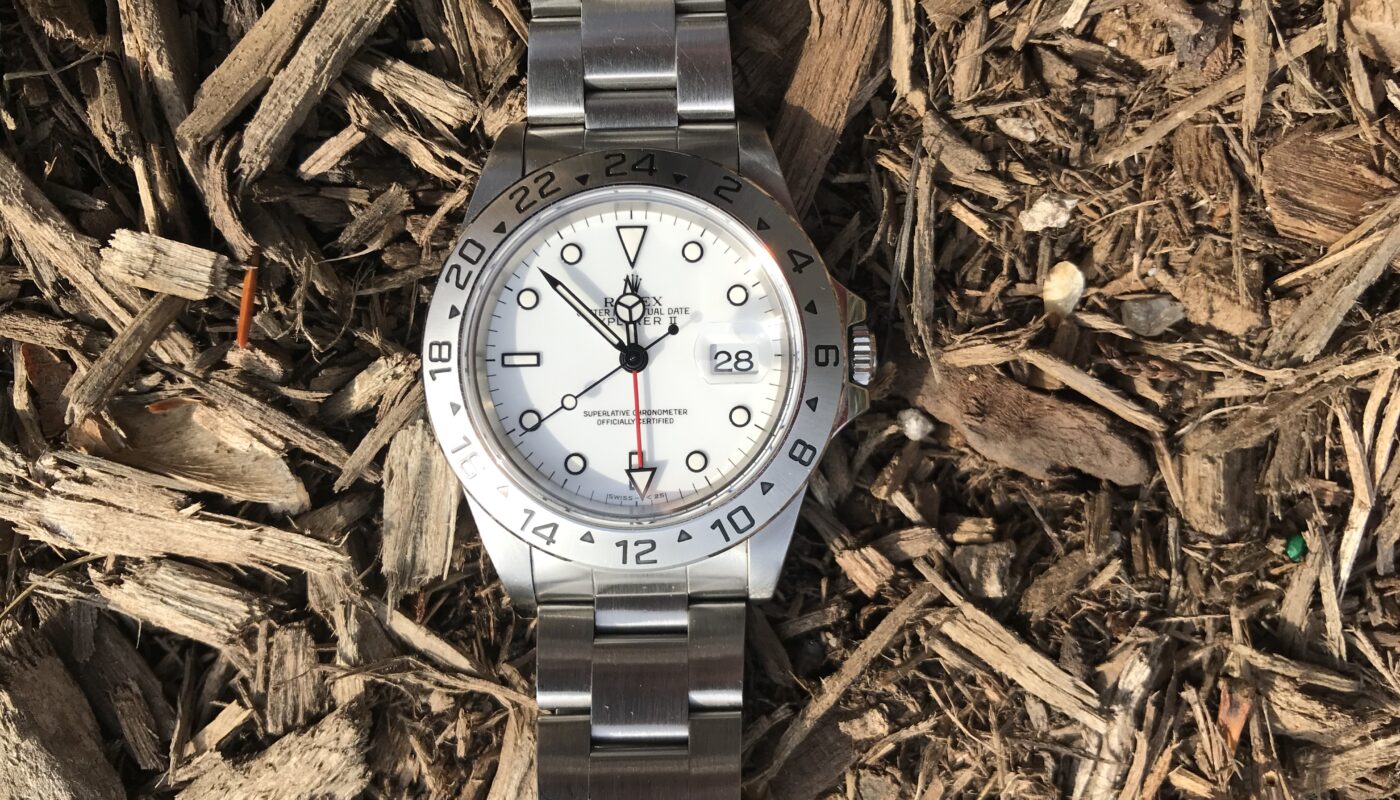 In the days of short attention spans, being glued to our phones, and outfits to be worn once for an Instagram photo – it truly feels like a retreat when wearing a vintage or even “semi-vintage” watch.

I’ve had my Rolex Explorer II (ref 16570 for ya watch nerds) for three years, but it started it’s life circa 1994. With it being roughly 26 years old now, there’s certainly no “hype” around it, but that’s all part of the charm. For me, having something that was designed three decades ago, looked great then/looks great now, is a real joy. It doesn’t matter what the latest and greatest new release is, it’s a great watch and I don’t see why it won’t be for another 26 years.

What I love about the Explorer II is its actual roots as a tool watch. Like other Rolex models with the Oyster Case, they can take a beating and handle harsh conditions with ease. On the Explorer II, there’s an additional hour hand that runs on 24 hour time. Unlike a GMT, where you can turn the 24 hour bezel for changing time zones when flying, the Explorer II bezel is fixed so it can be used as an AM/PM indicator when exploring lowlight areas like caves. Of course, you’ll need luminescence to see in a cave too – and another neat thing about this watch is that it used Tritium to light up the hour markers and hands. That’s what the little “T < 25” writing on the dial refers to as well, with Tritium being radioactive, manufacturers had to reference the quantity used for safety regulations. Speaking of radioactivity, Tritium has a half-life of 12.3 years – so with the age of my watch it really doesn’t work….but I can see a faint blue glow on rare occasion if the lighting is just right. A fun & cool anecdote, but some things don’t work forever and that’s a trade-off with vintage too.

Keeping it real, I’ve never worn my Explorer II in a cave or deeply studied radioactive lume materials – it’s just a great looking watch and I also loved that I was able to find the white version, commonly referred to as the “polar dial.” Especially around NYC, there are tons of guys wearing black Submariners (great watch, don’t get me wrong) and while the new white dial Daytona is one of the hottest watches out there right now, the “semi-vintage” white dial feels classy and special. Likewise, the newer version of the Explorer II is larger and the 40mm 16570 version simply fits my smaller wrist better. You can talk about specs and models all day long, but the watch needs to fit you. While I don’t fully need the utility of the watch, I do really appreciate it, and along with the timeless styling – I genuinely get a pleasant little escape every time I look at it on my wrist.

With the current state of Rolex aftermarket prices, I guess I should comment on the value of the watch, but I don’t really see watches as “investments”. I think it’s wise to do your homework when buying an expensive watch so that if you do have to sell it later on, you know there’s some equity there if need be. In the case of mine, it has appreciated quite significantly over the past 3 years (roughly worth $6.5k and I paid $5k), but I also have watches that depreciated so I’m generally break-even on the value of my collection. In reality though, I’m at a loss because I have no intention of selling the watches that appreciated and I have sold one that depreciated. Again, I don’t see watches as an investment – but if you’re buying five and six-figure auction watches, getting your hands on hard to find Pateks at retail, etc – that could be a very different ballgame.

Do I still buy new watches? Of course! I just picked up a new Seiko 5 Sports less than a month ago, and my primary motivator (besides it’s very accessible price) was the fresh styling of the newly released piece. Nowadays there’s so much “look what I just bought” on social media, and many “enthusiasts” trade/sell/buy so they can have another story of “look what I just bought” again….. and again. New watches have their place too – but if you actually hold on to them, those pieces become vintage or “semi-vintage”, and the scratches and dings will tell an actual story. 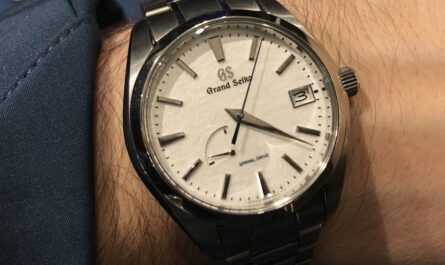 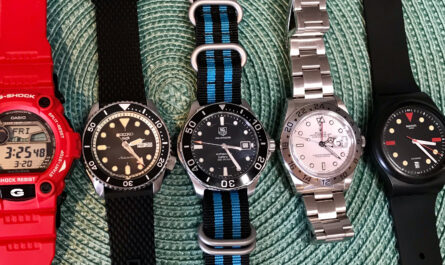 Watch Collecting “State of the Collection”